Europe usually has nice people. Especially eastern Europe. Combine that with the hospitality of the Asian continent, you get a mix of happy, friendly folks that make the entire country of Turkey welcoming. Sure, tourism plays a big part – but even when you go out to the country side, the warmth and the helpful of the country is apparent.

An interesting aspect of Turkey is the prevalence of technology. The country appears to have absorbed the technological revolution in its DNA and, almost every one appears to be well-versed with the latest in tech.

English is not the main language spoken – however, you’ll find that the translation services are pretty easy to use. I find that more often than not, you’ll be find people who are helpful – going out of their way to ensure you get the help you need.

Music in Turkey is a surprising mix of heritage & new age. While browsing the shops in Grand bazar, I saw an older gentleman (pictured right) putting his phone up to capture the music. Being a big fan of “Whole Lotta Love” from Led Zeplin, I immediately told him the song and the artist. He was ecstatic to say the least! He called his friend (the shop owner to the left), and told him that I recognized the song. The shop owner was eager to shop off his collection of music and then begin, an hour long discussion into old school rock and the new age stuff, much to my wifes’ dismay.

One beautiful insight he gave – which I’ve found interesting – is that music has become more complicated. And those who grew up listening to the old songs, could never understand the cacophony of beats & layers that the modern era of music brings. I obviously, shared my playlists with him – with a promise that if there ever was a concert in the GCC, we’ll meet!

All in all, it was a pleasure walking around in the streets of Istanbul! 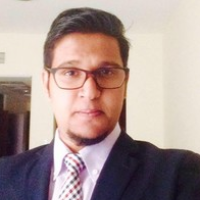